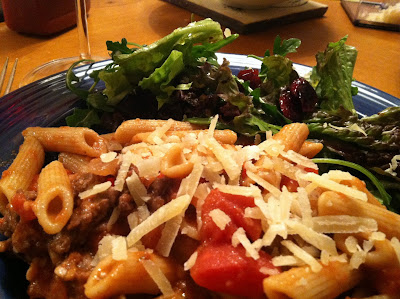 Last Friday evening I was finding so many great recipes browsing through the current Food & Wine anniversary edition. Then I remembered Pairings Wine & Food was planning to have Anna Maria Abbona, a winemaker from Italy's Piemonte region, pouring samples on Saturday. That helped me narrow down my food plans. I decided on making the Pasta with Abruzzi-style Lamb Sauce, figuring I'd likely sample a wine that would work well with it. 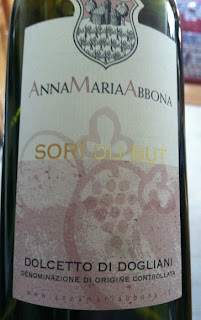 As suspected, there Anna was pouring a great lineup of six wines when I arrived at Pairings. We started by tasting their entry level Langhe Dolcetto, from young vines Anna planted herself. She shared her grandfather's wisdom that "You don't plant a vineyard for yourself. It's for your grandchildren." Well, I liked the way this first Dolcetto was drinking right now as a nice everyday, food-friendly bottle. The next two in the lineup seemed to have potential to pair with our meal. There was a Barbera was good, but I simply liked the fruit forward Dolcetto Di Dogliani Doc "Sori Dij But", a bit better and chose that for our pairing. The tasting also included a well-structured Nebbiolo, and a Dolcetto from the vineyard that Anna's grandfather planted for her--the Dogliani DOCG "Maioli". This provided a nice example of the quality of older vines, creating a more austere and complex wine.

So I left Pairings with some food-friendly Italian wine, ready to make the meal I chose with the wine in mind. You can pop over to the Food & Wine site for all the Abruzzi-Style Lamb Sauce recipe details, but I'll give the visual highlights of the simple recipe below. After sauteeing some onions, you add pancetta and chopped rosemary and start getting some great smells! 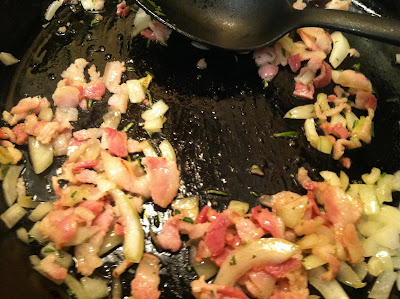 Then brown the finely diced lamb shoulder (1 good size lamb arm chop gave me the amount of meat I needed). 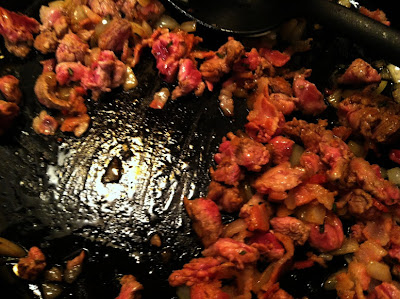 After the lamb is browned, some wine gets added, followed by a 28 oz can of diced tomatoes. 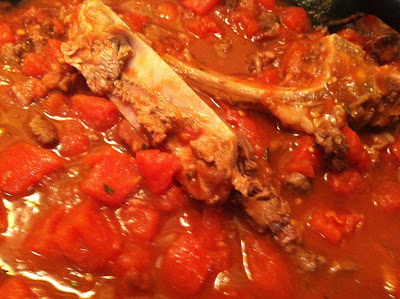 For a good measure, I put the bone in to simmer for awhile, getting some extra flavor from the fat and meat I had managed to cut off. After the tomatoes simmer for about 20 minutes, you stir in the pasta and a nice portion of cheese. The recipes calls for pecorino, but I had some great Parmigiano Reggiano on hand that I used instead, with good results. 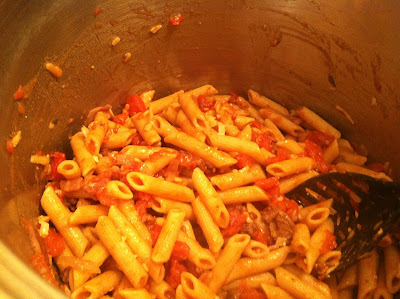 I served the pasta with a green salad and extra cheese at the table. This was a very flavorful sauce despite a relatively short cooking time. I can see why it made the Food & Wine favorites list! As anticipated Anna's Dolcetto enhanced the flavors of the meal chose anticipating her visit, a nice balance of fruit and acidity. I enjoyed the wine on its own when I sampled it, but it really shines with the right food, as is so often the case with good Italian wine! Not the first time I've picked a recipe based on the wine I wanted to serve, and it won't be the last. 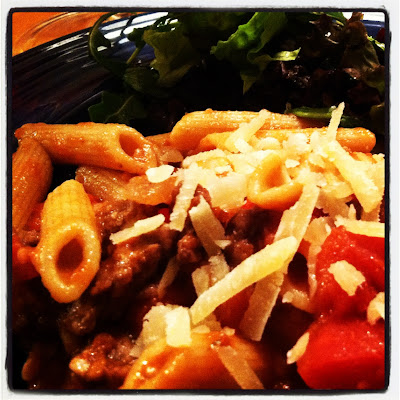 Note: I wasn't originally planning to blog about this so limited photos from the winemaker visit and I don't have the vintage years in. Will try to update with that info.