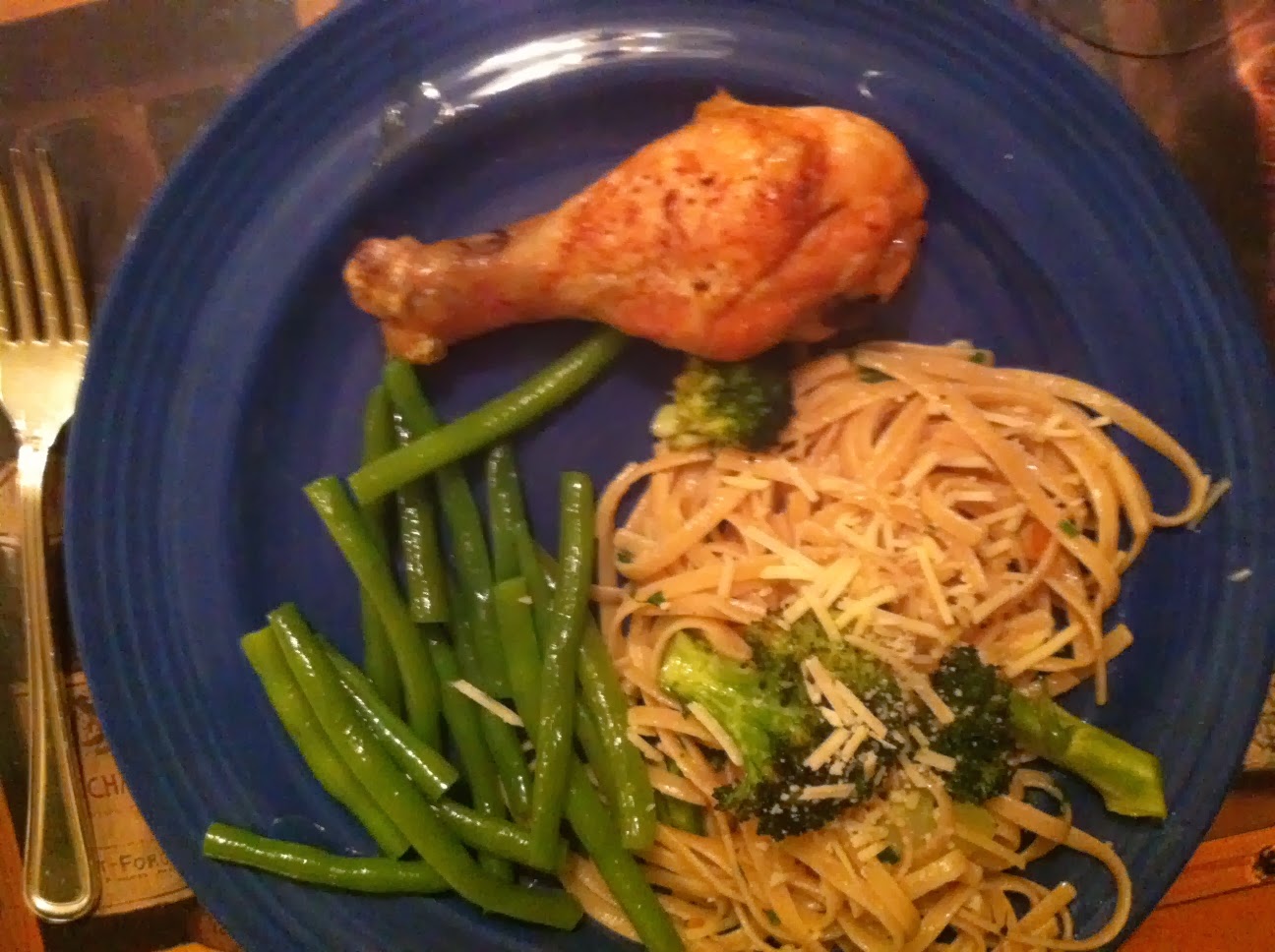 Back in January, I got a mystery bag of ingredients from Whole Foods Market Woburn to try out. I quickly set to turning the canned tomatoes and ground beef into a tasty meat sauce the night I picked up these items. I was less sure what to do with the package of chicken drumsticks, as we usually gravitate toward white meat here. But I know that the darker meat can be a good value and flavorful, so I relished the chance to come up with a recipe for them.
The first round of cooking the drumsticks, I tried two versions. The more creative version had coconut oil, garam masala and a yogurt sauce. Somehow that didn't come out as tasty as this simple soy-glazed version. So I made the rest of the drumsticks I'd frozen with that method again in order to get the recipe details down to share with here. I browsed several recipes to get an idea of some basic approaches and cooking times for drumsticks. I wound up following the basic approach from this Mark's Daily Apple post, swapping in my own flavors for the sauce.

I'm glad to have branched out and expanded my chicken repertoire. This is fun, easy finger food for kids. Apparently they are also a favorite of Greg's from Diary of a Whimpy Kid, which made the trying of a new food thing go down much easier than usual with our 8 year old! Here's my simple recipe, feel free to vary to suit your tastes! 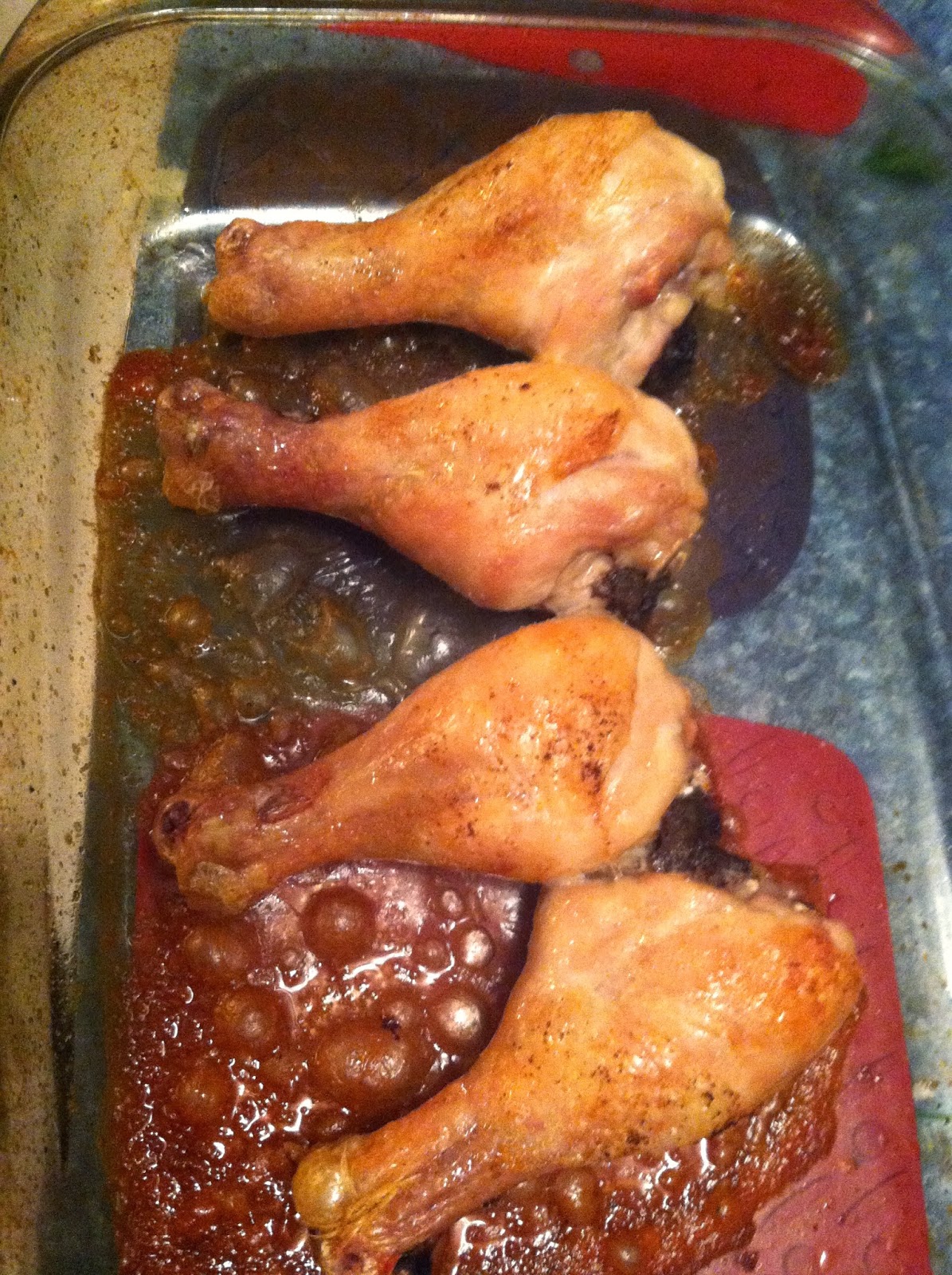 Preheat the over to 425. Rinse and pat dry the chicken drumsticks, and place them in a baking dish. Drizzle the olive oil over the drumsticks, and twirl them around in the oil to coat (or you could use an oil spray). sprinkle the garlic powder and salt over the drumsticks. Place in the oven to cook. They took to 40 minutes to cook in my oven, but I'd start checking for doneness after 35 minutes due to oven time variation. They should be nicely browned on the outside, and cooked chicken should be 165 degrees internal temperature.

Make the sauce as the chicken bakes. Whisk the sauce ingredients together in a bowl, then transfer to a sauce pan. Bring to a boil, then reduce heat to simmer on medium for about 5 minutes, until the liquid is reduced by about half. Set aside for the chicken to be almost done cooking.

When the chicken is cooked through after about 40 minutes, remove from the oven, and pour the sauce over the drumsticks to coat. Put back in the oven for 3 minutes to let the soy flavor cook into the chicken. Remove from oven, set aside to cool for a few minutes, then serve. Tasty finger food for kids! I made a simple pasta with garlic, parsley and roasted broccoli as the chicken cooked. 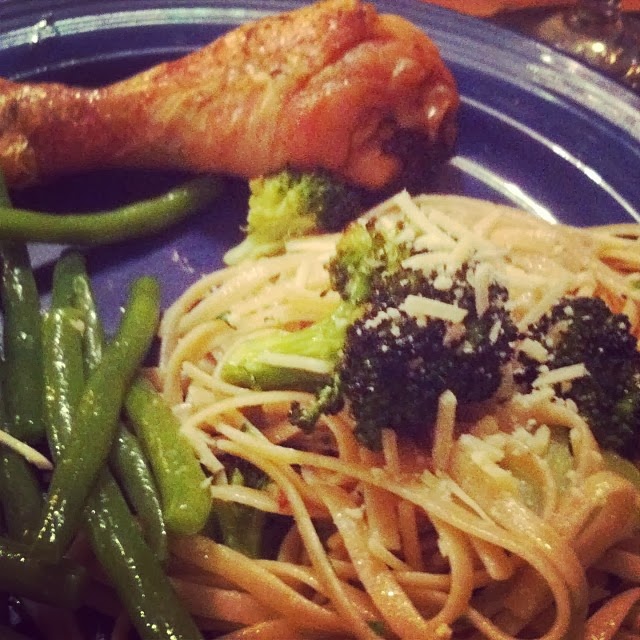